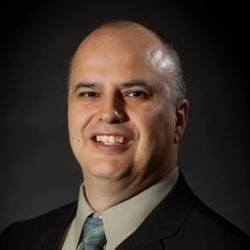 Dr. Bill Wallar started his professional career as a middle school history teacher and coach in the Killeen Independent School District. Much like most of the general public, Bill knew nothing about the benefits of chiropractic care other than he knew where to go if he got into a car accident.

In 2007, Bill and his wife Karen had a two-year-old son (Brett) that had stopped talking. Brett had hit his normal 1-year milestones of words like “Momma” and “Dadda,” but soon stopped talking all together after his one year wellness check. He communicated through grunting and whining, but no words. One day, a local chiropractor came to the school that both Bill and Karen taught at in Harker Heights. The chiropractor convinced Karen and Bill to get screened and to follow up with x-rays at his clinic. Karen decided to start treatment for a small curvature change that had occurred in her spine, while Bill was hesitant about the whole chiropractic idea.

One day, Bill decided he wanted to go see what this whole “neck cracking” thing was all about. He took Brett along with Karen to her appointment. After finishing with Karen, the chiropractor gave Brett a sticker. Brett then proceeded to say “thank you” in sign language. The chiropractor then asked, “Why is your two-year-old doing sign language?” Bill explained everything to him, and he asked if he could adjust Brett. The chiropractor could clearly see that Brett had a problem with his ability to speak. Karen and Bill both agreed, seeing that every specialist at the local hospital had said that Brett was just a slow developer. The chiropractor then proceeded to give Brett a cervical adjustment. That night, Karen and Bill heard a different sound coming over the baby monitor. Brett was no longer grunting and whining, but making new babbling sounds. Coincidence????

The next time that Karen went to her appointment, Bill convinced her to take Brett and see if he could get an another adjustment. The next day, “Momma” and “Dadda” sounds were back. Prior to trying chiropractic with Brett, Karen and Bill had arranged for an appointment with a speech therapist. By the time the therapist evaluated Brett, he had 20 words in his vocabulary. The therapist said, “I thought you had said that he wasn’t talking?” Bill and Karen replied that two weeks ago, he wasn’t. She then asked, “What did you do different?” They responded, “He’s gone to the chiropractor three times.”

After doing much research about chiropractic and kids not talking, Bill found numerous stories that matched Brett’s. Bill turned to Karen and said, “This is what I want to do”. After 12 years of teaching middle school, Bill quit his career and went back to school to become a Doctor of Chiropractic.

Today, Dr. Bill Wallar sees miracles happening on a daily basis, from helping people with neck and back pain, to treating sports injuries and auto accidents. Dr. Wallar, however, has seen changes with issues that most people wouldn’t link chiropractic to. Patients have seen improvements with toddlers not talking, constipation, menstrual cycles, and infertility. This is WHY CHIROPRACTIC!

Contact Temple Sport and Spine Chiropractic to request an appointment or to request additional information about our services. We look forward to hearing from you.